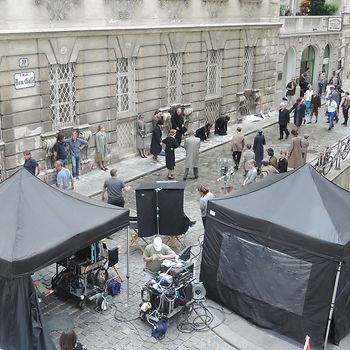 As a service offered by the City of Vienna, the Vienna Film Commission supports Austrian and international production companies with their filming activities in Vienna. It helps with requests for authorization to shoot films, in the search for suitable locations and for service partners in the film industry. For example, the website of the Vienna Film Commission offers an extensive database of locations.

The service is available free of charge for feature films, documentaries, student films and advertisements. In addition, the Vienna Film Commission advertises Vienna internationally as a location for all kinds of filming and acquires film productions for the city.