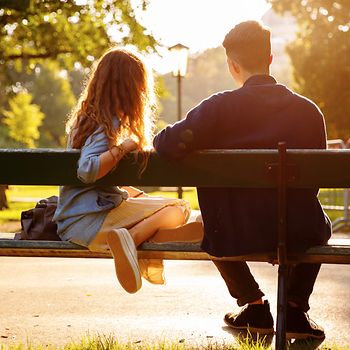 Especially at a time when we long for encounters, Vienna is and remains the meeting point in the heart of Europe. Because so much comes together in Vienna. Vienna is not just a meeting point for people from around the world, no matter whether they come here for professional reasons or to go on personal journeys of discovery. Diversity and variety have always convened in Vienna – a city with fantastic places, where special things play out and where you can flourish again after a difficult time.

Vienna has always been a meeting place for people from all around the world. And it always will be. Nowhere can pleasure and work be better combined than in the city on the Danube. Because Vienna is a city with many meeting points. Three conference centers, more than 200 impressive venues and meeting hotels from historic to modern. But also countless coffee houses, sausage stands, restaurants, markets, neighborhoods, art and culture institutions, universities, co-working spaces, parks, beaches and much more make Vienna a place that makes all sorts of special encounters possible – from the imperial city center all the way out to the tranquil Vienna Woods. Countless international companies of every size have chosen Vienna as their central location. And this boom continues unabated – apart from the city's advantages as a business location and the subsidies provided, also because Vienna is the perfect hostess.

Where it all happens Vienna

We present Vienna's many meeting points and offer a whole bunch of inspiration for special encounters. Hotspots such as Schönbrunn and the Prater are included, as are places of encounter of modern Vienna, like the MuseumsQuartier, where art and architecture meet pulsing city life. We also show places it's all happening at away from the city center. Portraits of neighborhoods and markets illustrate the variety of Vienna and the city's unbeatable atmospheric qualities. Here, you can experience Vienna like the Viennese do – being swept along by urban life is ultimately the best way to get to know a city. And what would Vienna be without places of encounter like coffee houses, sausage stands and heuriger, which provide a very special kind of sociotope for escapism and have nothing else like them anywhere in the world? Not to mention the places of Red Vienna with their unmistakable social housing architecture of the 1920s and 1930s, all waiting to be discovered for an authentic taste of Vienna.

City on the water and miles of green

Perhaps you like things a little quieter? We show you the walks and hiking routes to selected meeting points that make unusual encounters possible. Vienna's parks and waterbodies are also meeting points that could scarcely be more diverse. We present the full range of options that these places have to offer. None of this is a coincidence. People have always come together in Vienna. Especially during the ball season.

But no matter what the season – Vienna provides the ideal stage. Also for tossing around big ideas and taking decisions with far-reaching geopolitical effects, as well as a location for congresses, conferences, meetings, and events of every kind.

Even in the past, Vienna regularly functioned as a setting for world politics: from the Congress of Vienna in the Imperial Palace in 1814/15 to the signing of the Austrian State Treaty with representatives of the Allies in the Upper Belvedere in 1955, the meeting between US President John F. Kennedy and Soviet Premier Nikita Krushchev in 1961 (gala dinner in Schönbrunn Palace), and the signing of the nuclear deal with Iran, which was negotiated in Vienna's Palais Coburg in 2015. Of course, world politics isn't the only thing to have always felt at home in Vienna and appreciate the city's hosting qualities. Vienna has for decades been drawing international organizations like almost nowhere else. Whether the UN, which has one of its headquarters here, the OSCE, OPEC or countless NGOs. That creates a cosmopolitan environment in a city whose cultural history is unparalleled. The third millennium has stood and stands for events of global significance – from the 2015 Eurovision Song Contest to UEFA Euro 2008, Vienna has proved itself to be the perfect host.

We also show where Vienna's new meeting points have already been and are in the process of being created. Impressive new city districts like the Sonnwendviertel, the Nordbahnviertel, and above all Seestadt Aspern are symbols for the Vienna of the third millennium. And they are the epicenters of Smart City Vienna. They show you what a sustainable, urban future will look like. Thanks to social and technical innovations, above all in the area of digitization, people in Vienna are working on creating a resource-saving city of the future, in order to continue achieving the highest quality of life in the world – with impressive results: intelligent energy solutions and smart mobility, like self-driving buses, are part of the package, as are giant high-rise buildings made of wood. Because Vienna has always been a meeting point of excellent ideas and projects, and as such attracts further excellence. That makes Vienna an attractive business location with exciting companies, which we also present to you. Outstanding achievements have a long tradition in the academic sector, too. Vienna is still an important university city – the second-largest in the German-speaking region.

All this generates very special fields of tension that inspire people from right around the world. Vienna's meeting points are young, pulsating, and innovative, and reflect the city's tradition and history in just the same way. Here, Baroque bombast meets modest objectivity. Vienna is digital but also very analog and tactile. It's the perfect city in which to meet others again after a long, difficult time, and to focus on human interaction. And with a little luck, you might also meet yourself here. Welcome to meeting point Vienna!